I think this was an obvious development after Microsoft released the TP3 with the Update and Servicing feature. They will (and already have) drop the official numbers in the title of the product and call it just System Center Configuration Manager and deliver it as-a-service with a much faster cadence than the current 3ish month CU Updates. You will still be able to track the current version by looking at the Version of your deployment. 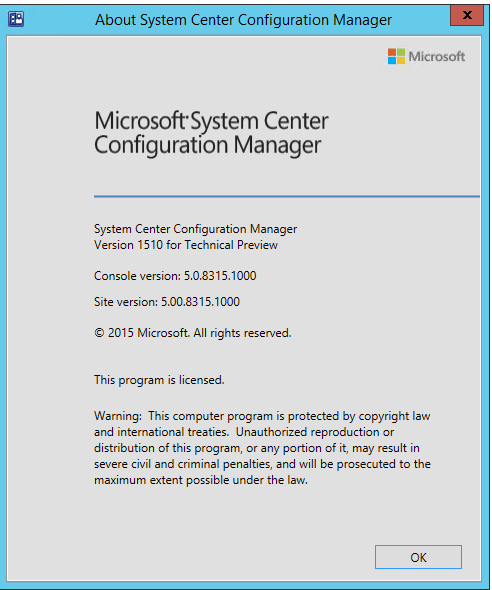 But this version number will change roughly once per month (after you deployed the newest update) to keep up with the latest Intune and Windows 10 updates.

Microsoft wants to deliver their newest features for Windows 10 and also new features for iOS and Android as fast as possible. Currently we have to wait for new features which are already available in Microsoft Intune but not on premise. And often you get a CU and the features which have been added to on-premise SCCM have been outpaced again by the Intune possibilities. Those time are over, with the new  as-a-service model.

I guess you can decide not to update you current deployment to the newest version but i guess Microsoft will only support that version for 12 month and if you are running an “old” 12 month + version they will deny support until you have updated to the newest branch, just like with Windows 10. Microsoft will also some kind of fast-ring updates so you and other companies will be able to test drive the latest and greatest version before you upgrade in production.

For those deployments without direct internet access, you will still be able to download the current version directly from Microsoft and I think it will be possible to just hit the setup.exe and install the update manually. I did not find any information about the manual update process though.

I personally think this will bring the cloud world, which is developing in a much faster way than the on-premise world closer together and will enable faster adaptions to new features in the future. This will also bring new adoption problems for big (slow) companies and providers with it, lets see how those will react 😉

And it will be released by the end of this year.